Nacho Mamma’s, a Taco restaurant is pleased to announce that they opened a new location in Barrington, Rhode Island. The restaurant takes pride in serving healthy and delicious Burgers, Nacho, Taco in Barrington, Rhode Island. They serve a great combination of Latin American foods, Southwest Tastes, Mexican Food, and straight-up American fare. The Mexican restaurant will be located at 18 Maple Avenue, Barrington. Owners Adolfo Sandoval and John Lesieur cannot wait to bring the signature taste of their Mexican foods to the city which embraces huge flavor.

Known as one of the best taco restaurants within the East Bay, Nacho Mamma’s Barrington RI pride themselves in offering a wide array of quality tacos they share with their patrons daily. They serve superb delectable tacos that made from the freshest ingredients. From veggie tacos, flank steak tacos to fried chicken tacos and beef tacos, the Mexican restaurant got quite a collection on soft corn taco shells.

Nacho Mamma’s is dedicated to offering its patrons a memorable Mexican dining experience. The diner prides itself on presenting fresh-pressed tacos rolled and stuffed with love. They also make sure that every customer enjoys each flavor in every bite. Apart from their tempting burrito, Nacho Mamma’s has a complete menu of excellent tasting, Mexican favorites such as salads, burrito bowls, tacos, enchiladas, all of which are made with appetizing grilled meats and vegetables.

“With the opening of our new location in Barrington, we hope only further to increase our presence throughout the state of Rhode Island,” said Adolfo Sandoval, co-owner of Nacho Mamma’s. “Our savory nachos and burritos are already loved and other places, and we understand Barrington residents will have a similar reaction to our Mexican foods.”

The Mexican restaurants admitted that they are not simply there because they love it. The reason behind this is that they are serving food which they love. They share it along with their patrons, and they also share it with their families.

Nacho Mamma’s is also highly sought-after for their enchiladas. Some of their best sellers include Chorizo Enchiladas, Shrimp Enchiladas, Flank Steak Enchiladas, Fish Enchiladas, Pork, Chicken and Veggie Enchiladas. The aroma of the mix of the flavors utilized in their dishes hit patrons once they come in the doors.

The new location serves as a testament to Nacho Mamma’s growing success as the restaurant continues to reach markets and earn more devoted patrons. The Barrington location will represent the recipes, business model, and philosophies of the company.

Nacho Mamma’s is a Mexican restaurant that celebrates the individuality and authenticity of its customers. Founded in 2010 the diner offers traditional and authentic Mexican items like tacos, burritos, nachos, salads and so much more. Customers can select from gluten-free and vegetarian options, as well as meat.

For more information about Nacho Mamma’s and their menus, call Adolfo Sandoval at 401-289-0171 or send him an email at nachomammasbarringtonri@gmail.com. To place orders and for reservations, visit their official website at https://nacho-mammas.business.site. 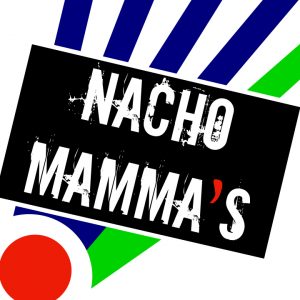